Thank you for your patience while we retrieve your images.

Front Text : "Original Port Columbus Airport Terminal, 1929-1958"The original Port Columbus Airport terminal was founded by the people of Columbus and was one of the first airport facilities in the United States. Dedicated on July 8, 1929, Port Columbus was the first transfer point in the westbound transcontinental passenger service, which was operated by the Pennsylvania Railroad, Transcontinental Air Transport (TAT), and the Santa Fe Railway. Its first passengers departed by rail from New York City on July 7, 1929, and boarded TAT Ford Tri-Motor aircraft at Port Columbus to fly to Waynoka, Oklahoma, the following day. They then traveled by rail to Clovis, New Mexico, and completed their journey with a TAT flight to Los Angeles. The scheduled 48-hour trip was celebrated in Columbus, marking the beginning milestone of national airport travel. (continued on other side)

Back Text : "Original Port Columbus Airport Terminal, 1929-1958"(continued from other side) With the nation sinking into the Great Depression, the national air travel venture at Port Columbus was not profitable enough. As a result, the scheduled train-plane operation was suspended and replaced with coast-to-coast air service in 1930. The arrival of mail service at the airport in 1930 helped, as did a huge contract with the Curtiss-Wright Corporation in 1940. Curtiss-Wright leased 83 acres of airport property to produce 6,000 planes, including the SB2C Helldiver and SO3C-1 Seagull aircraft. The federal government took over airport operations in 1941. In 1942 a Naval Air Facility was established adding several new buildings and lengthening runways. This building served as the passenger terminal until the present terminal opened on September 21, 1958. 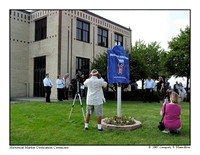 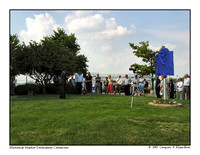 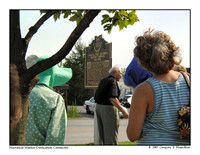 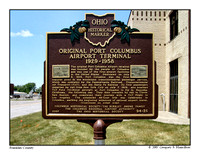 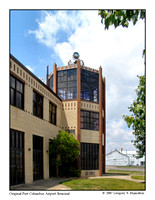 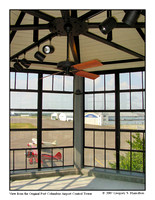 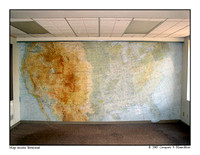 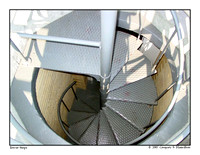 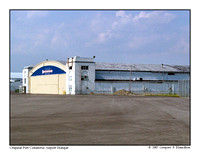 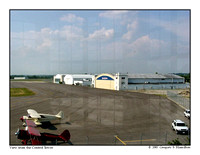 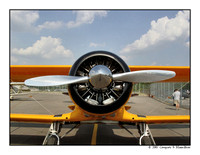 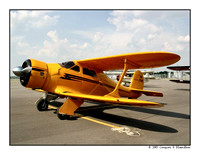 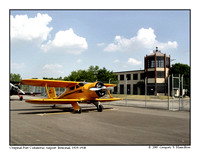 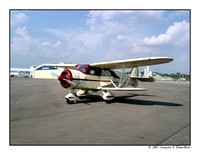 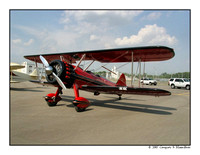